The Oregon legislature changed many of the laws relating to secrecy and privacy in adoption records. These changes go into effect January 1, 2014. Under these changes, the “sealed records” statute, ORS 7.211, is repealed, and access to adoption records by persons who were parties to an adoption is allowed.

Everyone will treasure this reunion story.

The compelling factors: a 17 year old girl is raped, gives birth to a healthy infant, and treasures the memory of that infant for 77 years. She prays to God she might be allowed to see her birth daughter. Finally, when she is 94 years old, the daughter’s son is searching for the medical history and his eyes pop open that he has found his mother’s birth mother at age 94. They have maintained a healthy relationship through the birth mother’s 100th birthday. Another daughter lives in Portland. Astonishing and positive story.

When a court grants a Judgment of Adoption, very often the Petitioners have also requested a change of name for the child. Under Oregon law, if a child is 14 or older, he or she must also consent to the name change. The change can be to a completely new name, and to any part of the name (first, middle, last name), or parents can add extra names (many people have two middle names, or hyphenated or compound first or last names). The change can also be to a name which is different from the parents’ last names (perhaps to match a sibling); it can be a simple spelling change.

Adult Adoption is the legal adoption of a person 18 years or older. Sometimes this is the best way to formalize a step-parent relationship of long-standing when the legal parent was unwilling to consent to adoption and no substitute for consent fit the facts. It is simple, and requires no notice to the other legal parent; and yes, a name change is included. The child will have a new birth certificate, with the new legal parents. This is the typical “adult adoption,” but we have seen a lot of other scenarios where people accomplish adoption of someone over the age of 18.

Post Adoption Communication Agreements define the agreed-upon frequency and types of communications desired by the parties to an adoption agreement. In later blog posts we will help you identify some typical issues and how the court process will provide enforcement of the terms.

There a lot of exciting things going on in the world of Oregon adoptions and I’ll be using this blog to update the public on developments. Stay tuned and make sure to subscribe! 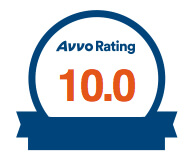